What Rural America Has to Teach Us Civic service as a way of life. 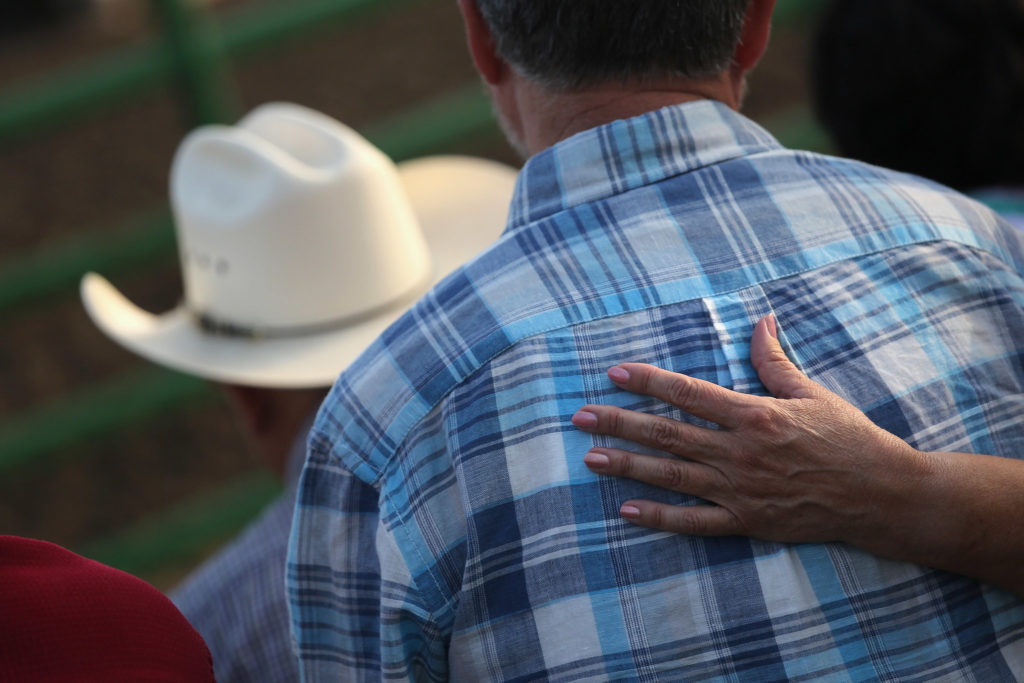 Everybody says rural America is collapsing. But I keep going to places with more moral coherence and social commitment than we have in booming urban areas. These visits prompt the same question: How can we spread the civic mind-set they have in abundance?

For example, I spent this week in Nebraska, in towns like McCook and Grand Island. These places are not rich. At many of the schools, 50 percent of the students receive free or reduced-cost lunch. But they don’t have the pathologies we associate with poverty.

Nearly everybody is working at something. Nebraska has the sixth-lowest unemployment rate among the 50 states. It has the 12th-longest healthy life expectancy. Some of the high schools have 98 percent graduation rates. It ranks seventh among the states in intact family structure.

Crime is low. Many people leave their homes and cars unlocked.

One woman I met came home and noticed her bedroom light was on. She thought it was her husband home early. But it was her plumber. She’d mentioned at the coffee shop that she had a clogged sink, so he’d swung round, let himself in and fixed it.

When she needs some auto work done, she leaves a blank check on the front seat of the car. The town mechanic comes by when he can, drives the car to his garage, does the work and fills out the check.

Nebraska ranks eighth in the country for social capital. McCook has only 7,700 residents, but it has a Rotary club, a 4-H club, a future farmers group, a music festival, a storytelling festival, a chapter of the Nebraska Community Foundation, churches, libraries, museums and Sehnert’s, a James Beard Award-winning bakery and coffee shop where the retired men gather and kibbitz.

If a teenager misbehaves, his parents have heard about it by the time he gets home. Many people make time for civic life and seem to wear 15 hats.

Jared Muehlenkamp returned from Los Angeles to McCook and runs a print and design store. He went to three meetings after work the day before I met him, including of the City Council, on which he serves.

Mark Graff, who runs a local bank, says he spends 50 percent of his time on civic volunteering.

His sister-in law, Ronda Graff, is raising seven children. She also writes for the newspaper, coaches swimming, is a substitute teacher and bus driver, competes in ironman triathlons, works at the Y, helps run a concert series, helped organize the building of the dog park, helps out with the high school discipline program and seems to sit on every spontaneous civic organization that pops up.

It should be acknowledged that things are not as rosy as they appear on the surface. “There are a lot of people here in desperate economic circumstances doing extraordinary things to look middle class,” one Nebraskan told me.

But these community weavers are pretty honest about their problems. A few of the towns are 30 percent Latino, and they struggle with integration. The most highly educated young people leave. The community project is to find ways to lure them back.

One farmer said there is a feudal mind-set among many of his friends. They’re too proud to admit any dependence. They’re afraid of vulnerability. The attitude is: I’m a farmer. My business is my business, and your business is your business. Their loneliness is driven by fear and pride.

And they do have to work hard to make sure national viciousness doesn’t tear local bonds. At one dinner, a Latina woman looked at her Anglo friends with tears in her eyes and told them why she had dropped off Facebook: “There’s a lot of people who make me feel at home here, and I’d never had a home. I know you because I know how you make me feel. I don’t want to change my mind about you because you liked one comment on social media.”

Over all, I was left wondering: What causes the community’s weaversto be so civically active? I have a few theories.

Farm life inculcates an insane work ethic, which gets carried into community life. The weavers are deeply rooted in place. Many said their main goal in life is to make their small town better at their death than it was at their birth.

There are also 93 counties in Nebraska, several with populations below 1,000. That means there are a ton of local government functions and not that many people to fill them, so everybody has to chip in.

Constantly they are thinking: Does this help my town or hurt it? And when you tell them that this pervasive civic mind-set is an unusual way to be, they look at you blankly because they can’t fathom any other.

The Times is committed to publishing a diversity of letters to the editor. We’d like to hear what you think about this or any of our articles. Here are some tips. And here’s our email:letters@nytimes.com.