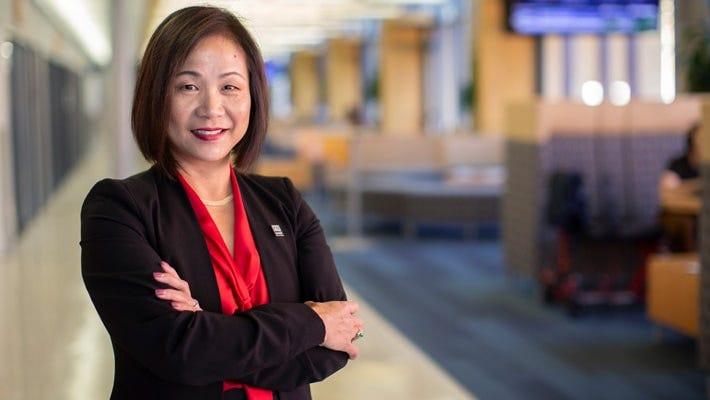 In an effort to retain young talent and make graduating from college more attainable in Nebraska, the University of Nebraska at Omaha is partnering with more than 50 employers to offer paid internships to UNO students.

The Career Connect program is aimed at helping college students obtain career experience and giving employers access to interns who can help support their operations.

The initiative was announced at a press conference Monday. Partners range from Fortune 500 companies like Charles Schwab and Mutual of Omaha to community-focused organizations like Latino Center, and UNO Chancellor Joanne Li expects students to be able to earn a fair wage.

For most interns, Li proposed that pay can be $15 to $17 per hour. She noted that paid internships are expected to benefit a student body where 80% are working and one-third are eligible to receive Pell grants. She also noted that partnering with employers to offer paid internships fits into an oft-stated desire by the university, government and business officials to be leaders in workforce development.

“We don’t want to just talk about it (and) write about it. We just want to do it,” she said.

Participating employers must pledge at least one paid internship for a UNO student. The positions are generally focused among area employers that offer positions in fields the state has designated as H3 — high wage, high skill and high demand. Many H3 jobs are focused in the areas of science, technology, engineering and mathematics.

Paid internships, Nebraska Department of Economic Development Director Anthony Goins said, “set the stage for graduates to succeed after college. That, in turn, sets the stage for growing the great state of Nebraska.”

UNO’s latest initiative comes as college affordability and the prevalence of unpaid internships continue to be an issue.

According to a 2019 Washington Post story, citing a study conducted by the National Association of Colleges and Employers, 43% of internships at for-profit companies were unpaid. Li said such internships present a difficult dilemma for college students who are already working.

“It is vital that our students pursing internship opportunities are fairly compensated for their time, their hard work and their abilities,” she said.

“It just provides so much security for our students … as they go on and get their degree,” she told reporters.

Internships are expected to be available to students at all grade levels within the university. For example, Jona Van Deun, president of Nebraska Tech Collaborative, said the organization intends to hire interns in their freshmen and sophomore years. That will allow those interns to get their first internship experience and expose them to Nebraska’s business community and the opportunities in their home state.

“You don’t have to flee to the coast to get an incredible experience in tech,” she said, noting Nebraska opportunities in fields such as health care and agriculture.