Things continue to develop in downtown Norfolk where Wayne State students will begin living and working in the fall of 2023! 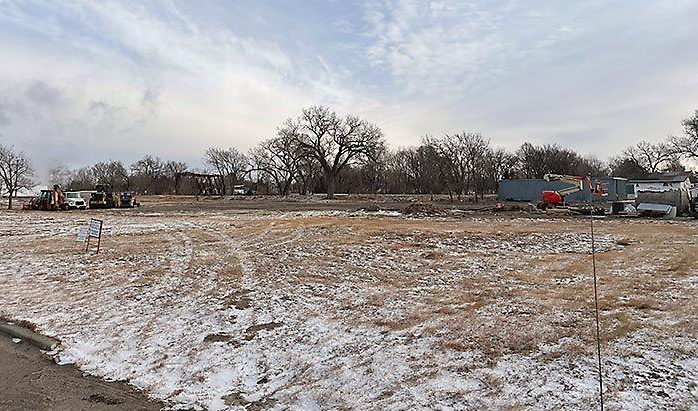 Details of a proposed housing and commercial development with the North Fork Redevelopment project were shared Tuesday evening with the Community Development Agency.

The agency consists of Norfolk Mayor Josh Moenning and the Norfolk City Council.

A commercial property also will be constructed as part of the first phase, with apartments on the second floor.

Dan and Connie Geary submitted a tax increment financing (TIF) application for redevelopment of their property located northeast of the intersection of Braasch Avenue and North Third Street. It is bordered to the east by the river.

With TIF, additional property tax revenue generated by development work is initially and temporarily used to help with the infrastructure costs of the development, thereby making the housing and commercial project more affordable.

After assistance for infrastructure costs is paid for, the higher property tax revenue goes to the governmental entities that normally receive it.

Gates said the Gearys own various parcels in the area consisting of about 4.5 acres they wish to redevelop. The project is zoned a mix of I-1, C-1 and R-3. The Gearys intend to re-plat the property and rezone it as C-2 with a mixed-use overlay.

The project is expected to comprise three phases. A total of 44 residential units are planned.

About 18 commercial units are planned for construction along with the rehabilitation of an existing commercial building.

The first phase of construction is expected to being this spring when the weather allows, Gates said.

“Other phases will move forward based on demand,” he said.

The first phase also involves moving the former railroad bridge downstream to provide a pedestrian connection to existing trails and Johnson Park over the North Fork of the Elkhorn River.

In addition to clearing and grading the site, the project involves extensions of Second Street and Winter Avenue, construction of parking, drives, sidewalks, extension of utilities, provision of landscaping, lighting, street furniture and a fire pit.

The “Growing Together” initiative is designed to increase the number of young people coming and staying in Norfolk, as well as increase the annual wages among workers.

It includes a cooperative education scholarship program with a partnership between Wayne State College, the Ak-Sar-Ben Foundation, the City of Norfolk and the business community.

ALSO WHILE meeting as the Community Development Agency, a redevelopment contract with Norfolk Extended Lodging was approved to extend the time for construction of the CyHawk Loop Road Extension.

It is for about 425 feet and will be until more development takes place in the area or until June 30, 2024. The city also could deem it necessary to construct sooner if desired.