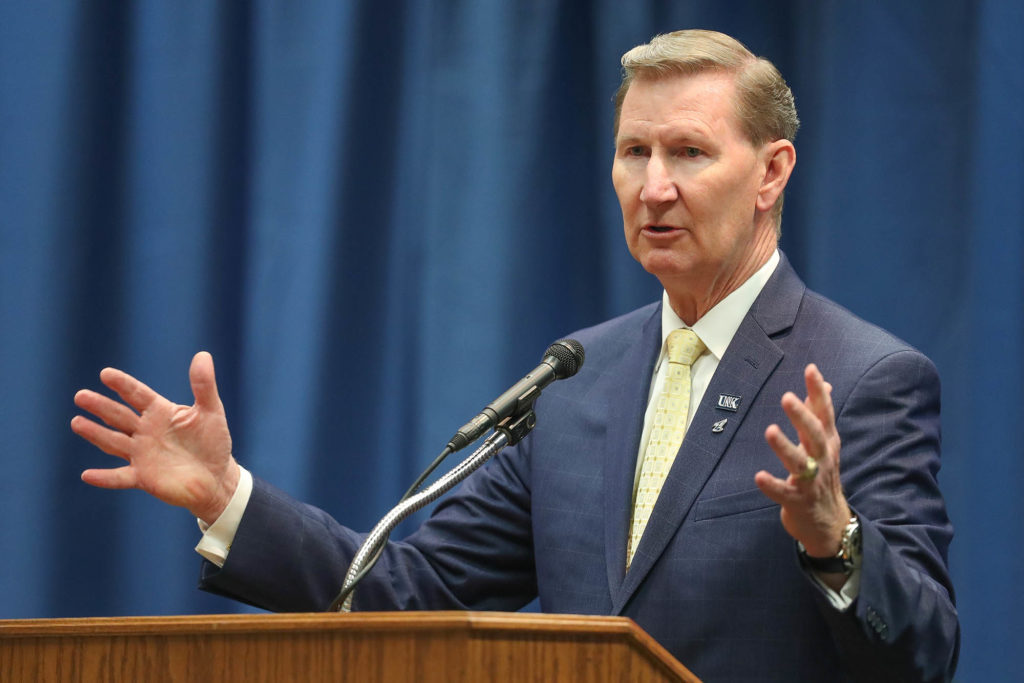 The retired vice admiral and 1981 alumnus of the United States Naval Academy was one of five people who received the academy’s Distinguished Graduate Award this weekend.

To receive the Naval Academy’s Distinguished Graduate Award, recipients first must be nominated by a member of the academy’s alumni association and foundation and then be selected by a distinguished panel of alumni.

In a press release from the University of Nebraska, Carter said that “humbled” doesn’t begin to describe the emotions he and his wife, Lynda, are feeling.

“Public service has been our life’s calling. In anything that we’ve done, we have tried our best to give back some small measure of the opportunities that have been given to us,” Carter said. “We are grateful to the Naval Academy family, and to Nebraskans, whose support for members of the military is second to none and who have welcomed us so warmly over the past several years.”

“This honor confirms that Ted Carter is a leader of the very highest caliber,” Phares said. "I am reminded yet again of how fortunate we are to have attracted President Carter to Nebraska to lead our university.”

Between graduating from the Naval Academy and becoming NU president, Carter served for 38 years as a naval flight officer. He also served as president of the Naval War College in Newport, Rhode Island, and went on to become the Naval Academy’s 62nd superintendent from 2014 to 2019. Carter also is a graduate of the Navy Fighter Weapons School (Top Gun) in Miramar, California.