No More Coasting Omaha! Seven Ideas to Save Our Future 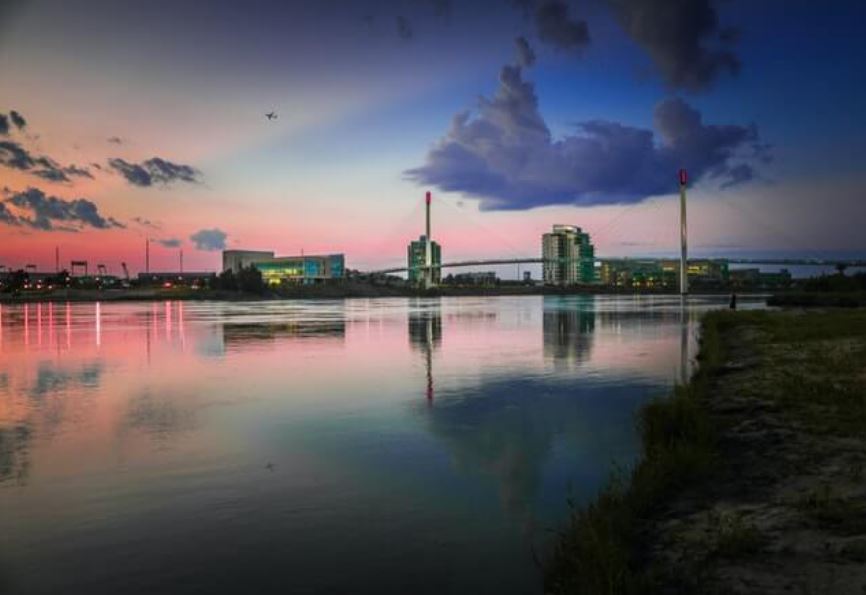 A small pandemic pushed this column off our March issue, but as we’ve navigated this together over months, the urgency in this message has only grown.

I know we don’t coast here. We have that Midwestern work ethic and the mid-sized metropolitan “chip on our shoulder” to prove something, but if these last few months have taught us anything, it’s not to waste any more time and move quickly and deliberately into our future. One we choose and set.

After almost 30 years of covering this community, there’s been the makings of a real sea change in how city leadership looks to our future. Between Blueprint Nebraska, the Chamber and Aksarben’s new focus on diversity and culture, granted all in the name of workforce development, it seems like we’re finally waking up. Only took a few decades for the brain drain to really sink in.

That still leaves one glaring gap that will make all the difference — engaged, grassroots activism from every corner of our community. This column is for all those folks trying to build that base and who have looked to us to cover their issues when few would.

1. Carbon Negativity: This one idea that supersedes all others — a commitment and plan to be the world’s first carbon negative metropolis. Carbon footprints are future kryptonite for tomorrow’s leading thinkers and most folks under 40-years-old interested in moving here. Just look at the cities we’d aim to beat with their carbon neutral goals at the Carbon Neutral Cities Alliance — from Minneapolis to Boulder, CO, Copenhagen to Portland, OR. We can’t let the gophers and buffalo beat us and, approaching 100 percent renewable energy, Iowa has already shown the way. Do this for our Big 10 standing alone!

We have a few not-so-secret ingredients, starting with a lot of land, a lot of sun, and the 6th windiest state in the country. We have the Johnny Appleseed of nonprofits, the Arbor Day Foundation, to help sequester carbon out of the atmosphere with carbon credits for reforestation programs. That’s how we’re a carbon neutral operation (though, that’s not enough anymore).

And if we really want to go big, maybe Bill Gates can work with TerraPower and OPPD to bring a low-grade advanced nuclear reactor to recycle the fuel at Fort Calhoun and Nebraska City. Since Warren gave the largest portion of his wealth to the Bill & Melinda Gates Foundation, maybe some of that could come back here? Controversial, but an abundance of cheap energy will drive the advanced manufacturing of the future in a logistics hub, not to mention the tie-ins with nuclear medicine at the Med Center. They’re already showing how radiation (low-level) can destroy COVID.

2. Electoral Innovation. Again, we have deep roots here. The only state with a Unicameral for a state legislature and the only state with all public power. Nebraska is one of two states that splits its electoral vote by congressional district (we say “the good life,” they say “the way life should be,” our’s is better) and the birthplace of an institution in voting tabulation — Election Systems & Software. A lot can be done here, from automatic voter registrations (drivers licenses, state school IDs or even library cards) to ranked choice voting or combining our local and federal elections (Omaha runs on odd years and it’s not cheap to run an election). Make election day a state holiday, build grassroots engagement by giving everyone a voice, not just those with the leisure time to exercise it.

3. Open Public Data. The home of WinZip and wide range of massive data processors — FDR, DTN, CSG — not to mention some of the senior leadership team that built Microsoft and one of the four most important data aggregators in the country with Infogroup, we should be capable of investing in making public data open and readily available. Invite developers and build curriculum in schools to work with this data to improve all aspects of our city, county and state management. You can’t be a Smart City if you don’t have access to the data.

4. High Speed Affordable Internet: We’re one of the hubs for major data centers in the world because we sit at the intersection of some of the largest internet pipes. Think railroad tracks and how easy it is to use those easements to put down fiber optic cable. It’s the reason Offutt became Strategic Command. Telecommunications is a regulated industry here, which means we can work very closely with all the internet providers to open the market and to drive down costs. 5G (it’s okay) and more advanced networking protocols might already be going a long way to achieving this goal, but let’s lead, not follow.

5. 21st Century Education. Educational processes haven’t changed that much since the Industrial Revolution. We can pay our teachers really well, give them additional, well-trained staffing support and seriously control the size of our classrooms. We can also track kids by types of intelligence, giving suburban kids an equal chance at a high-demand, blue-collar and very well-paying jobs. Year-round school, throwing out age-tracked, bell-curved grades for real skill-based measurements and building the curriculum of tomorrow would substantially increase family in-migration. I know it’s not “how we learned,” but look around, how well has that really served us? Are we really that better off than our grandparents (except for those mini-computers in our pockets)? Is this the information age or the industrial one?

7. Mastering Development: We have a city master plan, but the variances and exceptions likely outweigh the actual implementation. We can’t have integrated transit — another must for in-migration and efficient delivery of city services — without affordable housing and some serious infill master planning. Be the new urbanism.

8. Build up Our Genuine Cultural Gems: Sorry, not the same venues every other city has, but I’m talking about homegrown institutions that really make us unique, from our restaurant scene (why aren’t we working with them to fight hunger in this pandemic?) to the Malcolm X Birthsite, Omaha Star, and Loves Jazz Museum and El Museo Latino, to name a few. Bringing in the same talent that plays everywhere is great, but building homegrown cultural, political and social leadership is how we define our civic identity. Look at the Joslyn and Kent Bellows program, the Bemis and Kaneko and Sokol and The Slowdown. Our asethetic is genuine, from Kathy Huges and Symone Sanders to Saddle Creek and Alexander Payne. Preserve our authentic stories to celebrate who we are and never forgetting how we got here, from our Progressive roots fighting the monopolies in the late 1800s to today’s tech innovators, we are authentic mavericks. You don’t become the world’s greatest investor by following the herd.

It’s 2020. Let’s start looking clearly at the work ahead.