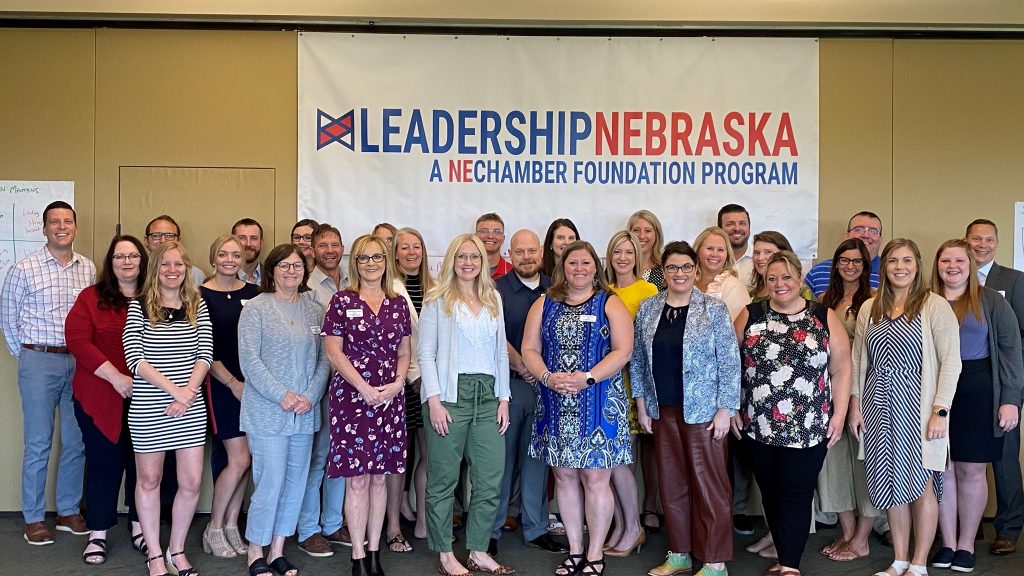 Twenty-eight Nebraska leaders were recognized with certificates and commemorative awards for completing Class XIII of Leadership Nebraska (www.leadershipnebraska.com) at a commencement ceremony held Marcy 3. Graduates are current and emerging leaders from communities throughout Nebraska. The program enhances their leadership skills and deepens their knowledge of the challenges and opportunities facing our state.

Applications for the next class may be submitted until April 15. For more information on the NE Chamber Foundation's Leadership Nebraska, please contact Roberta Pinkerton at 402-480-6918 or visit www.leadreshipnebraska.com