Jerry Adams to be inducted into Cattle Feeders Hall of Fame 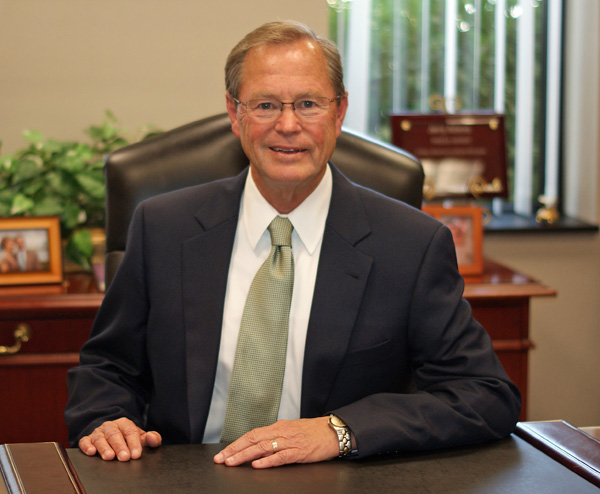 For more than 50 years a central Nebraska cattleman has been making strides in the feeding industry with technology, innovation, and data. Jerry Adams of Adams Land & Cattle (ALCC) is being recognized for his commitment to the industry and will be inducted into the Cattle Feeders Hall of Fame.

The Cattle Feeders Hall of Fame honors men and women who have made lasting contributions to the cattle feeding industry. The 14th annual banquet will take place on January 31, 2023 in New Orleans, Louisiana.

KCNI/KBBN sat down with Jerry Adams who humbly appreciates being selected for the hall of fame, but recognizes the entire ALCC team.

"I'm so excited and happy to be part of that award because it's really a celebration and recognition of those that have really contributed to the lasting cattle feeding industry so that makes me really happy," Adams continued. "I guess I get the award, but really it's everybody in the company. Because it's the members of the company - it's unbelievable how good they are."

Looking back at the company's roots, more than 300 acres were purchased east of Broken Bow in 1950 by Jerry and Bill Adams's parents who started by milking cows, feeding calves, and farming. Today, Adams Land & Cattle has grown into a company with more than 150 employees, more than 125,000 head in Nebraska's three finishing lots, backgrounding network up to 100,000 head in more than 85 locations across the country, and offices in Omaha and Broken Bow, Neb.

ALCC is continuously evolving in the ways it utilizes individual animal identification. Since the mid-1900s, Jerry Adams says the company has been ahead of the curve for individual animal data, innovation, and technology. The advantages in tracking animal health all the way to the packing plant - according to Adams - include yield grade and quality grade information that is used to make future decisions.

"From the day we own an animal from the sale barn or from a ranch, we track individual animal data all the way through to the packing plant," Adams said.

Today, the management team is taking data collection to a different level implementing artificial intelligence (AI) and a technology company that falls under the ALCC umbrella.

"I have just got a passion for cattle feeding, a passion for mentoring people and watching organizations grow and develop," Adams said. "I'm really excited the Adams Leadership team is taking this company to the next level. They're really building on our founding principles of passion for innovation, passion for technology, for data, for agriculture, sustainability, and AI."

Jerry Adams is a founding member of both state and national cattle feeding organizations - Nebraska Beef Producers and the Beef Alliance - but is incredibly proud to be part of the Broken Bow and Custer County communities.

"I'm just so proud to be part of Custer County and Broken Bow and economic development," he said.

Jerry Adams told KCNI/KBBN the Adams family has grown beyond his and Bill's parents, their kids, and grandkids and now includes the Adams Land & Cattle employees and leadership team who all share the passion of feeding the world high quality, safe, and sustainable beef.

"It's really a multigenerational family business," Adams said. "It's all the employees over the years - they're all the Adams family and we're really proud of that because it takes everybody to make this happen."

The work of Jerry Adams does not stop with the upcoming hall of fame introduction. He said plans are starting to be implemented for future company programs, partnerships, and continued development in animal data tracking.