Ivan Gilreath To Be Inducted Into The Aksarben Court Of Honor 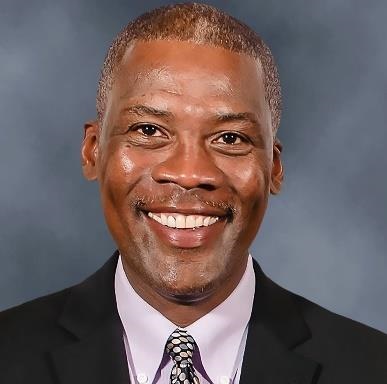 Ivan Gilreath will be inducted into the 2021 Aksarben Court of Honor in the category of Service to Youth. Ivan is the former President and CEO of the Boys & Girls Club of the Midlands.

For more than 58 years, the Boys & Girls Club of the Midlands has provided a fun, safe and constructive environment for almost 9,000 kids and teens in metro Omaha and Southwest Iowa during out-of-school hours. With 14 Clubs and a summer camp, the Boys & Girls Club of the Midlands provides programming tailored to the local community and customized activities for each age group focusing on areas that have the greatest numbers of at-risk youth, many of whom are minorities, economically disadvantaged and live in single-parent households. Programming focuses on academic success, character and leadership, and living a healthy lifestyle. One program, CareerLaunch, prepares teens for the world of careers and work by exploring possible vocations, making sound educational decisions and finding success in the world of work.

Ivan joined the Boys & Girls Club of the Midlands as President and CEO in 2011. Under Ivan’s leadership, the Clubs have served almost 2,300 youth daily and provided approximately 360,000 hot meals, free to its members last year. In 2019, 56 scholarships worth $285,000 were awarded to Club members to pursue their college dreams. The pandemic of 2020 provided a unique challenge to Ivan and the Boys & Girls Club of the Midlands. COVID-19 forced the doors of all the Clubs to close. However, Ivan and his team ensured that all programming was still made available to Club members virtually. Ivan and his team started the Virtual Programming or VOICE (Virtual Online Interactive Club Experience) which allows members to participate in art, STEM, fitness, nutrition and more through Zoom videos. He and his team also guaranteed that all Club members, including their parents, received free evening meals. With schools turning to e-learning, Ivan did not want any Club member to fall behind in school so the team worked to  make sure a laptop was available to any Club member who needed it.

Ivan has previously been a member of a number of non-profit and education boards, including the University of Nebraska Foundation, the College of St. Mary’s, the Jesuit Academy and the Omaha Sport’s Authority. He is also a mentor for Big Brothers Big Sisters. Ivan formerly served on the boards of the Susan G. Komen Breast Cancer Foundation, the Omaha Chamber of Commerce, and the Urban League of Nebraska. In 1990, Ivan cofounded the Midwest Trailblazers Youth Program, a non-profit youth program providing academic support, healthy relationships, mentoring, healthy competition, counseling, cultural enrichment and physical activity to its participants. Midwest Trailblazer continues to serve youth in the Omaha area today.

Ivan is a 1982 graduate of the University of Nebraska-Lincoln and obtained an MBA from the University of Nebraska-Omaha in 1989. In 2002, Ivan was inducted into UNO’s College of Business of Distinguished Alumni. Ivan is the past recipient of the  Gallup “Can Do” Award, the Wilbert Ellis Award by the Great Plains Black Museum, the Whitney M. Young Leadership Award from the Urban League of Nebraska and the City of Omaha Living the Dream Award.

Ivan is married to his wife Rita with whom he has two children, Jerome and Mia, as well as three grandsons.