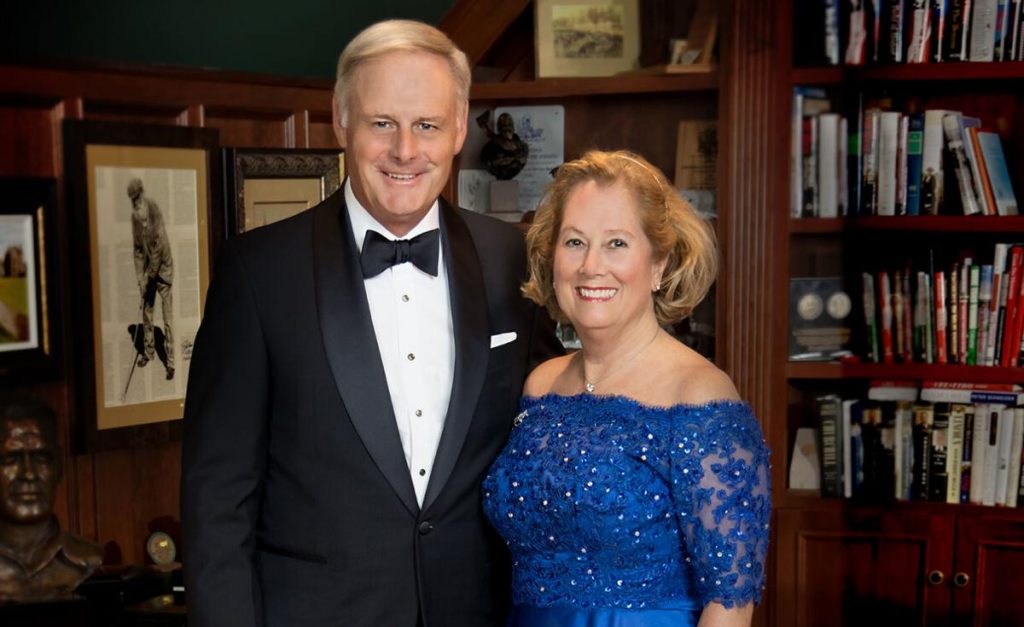 Celebrating volunteerism and community service through recognition at the Aksarben Ball has been a beloved Nebraska tradition since 1895.

After a hiatus in 2020, the tradition was welcomed back Saturday night with one of the largest crowds in Aksarben history. Nearly 2,100 people attended Saturday night commemorating that "Now is the Time" for togetherness and Nebraska pride.

CHI Health Center Omaha was filled with excitement as more than 200 Nebraska and western Iowa families were honored. The Aksarben Ball, the headlining event of the Aksarben Foundation, highlights the importance of education while raising funds for the Aksarben Scholarship Program. Aksarben has been proudly awarding scholarships to Nebraska students for over 60 years. In keeping with tradition, the night concluded with the reveal of the night’s highest honor, the Most Honored Citizens of Aksarben for 2021.

Both native Nebraskans and University of Nebraska alumni, Tonn Ostergard was born on a farm just outside of Gothenburg; Holly was born in Lincoln. Each were taught core values — dependability, authenticity, commitment, compassion and generosity. The couple married in 1984 at First Plymouth Congregational Church, where they still attend.

A descendant of Danish immigrant pioneers, Tonn is chair and chief executive officer of Crete Carrier, a family business and privately owned transportation and logistics corporation in Lincoln. Additionally, Tonn serves on the board of directors of Union Bank and Trust Company, Ameritas Mutual Holding Company, NEBCO, Inc., and the American Trucking Association. He was inducted into the Halls of Fame of the Nebraska Chamber of Commerce and Industry, the Nebraska Business, and the University School of Accountancy. In addition, he has been recognized by the University of Nebraska-Lincoln with the Alumni Leadership Award.

Their families have deep Aksarben roots. Tonn’s grandmother received Aksarben’s Good Neighbor of the year Award in 1975. Holly’s father was inducted into the Aksarben Court of Honor in 1996. Holly was an Aksarben Countess in 1981 and served as President of Aksarben Friends in 2011. Their two children, who each play integral roles in their day-to-day business operations of Crete Carrier, have also been part of Aksarben. Winston Ostergard was an Aksarben Escort in 2009 and Halley Ostergard was a Page in 1995, a Countess in 2007 and named Queen of Aksarben that same year. Holly and Tonn’s granddaughter, Avery, served as a Page in Saturday night’s production and had the additional responsibility of being the "clock-bearer" at the beginning of the program.
The Ostergard family was also a recipient of the Aksarben Pioneer Farm Family Award in 1999, bestowed to families who have held at least 40 acres of farmland in Nebraska for 100 years consecutively.