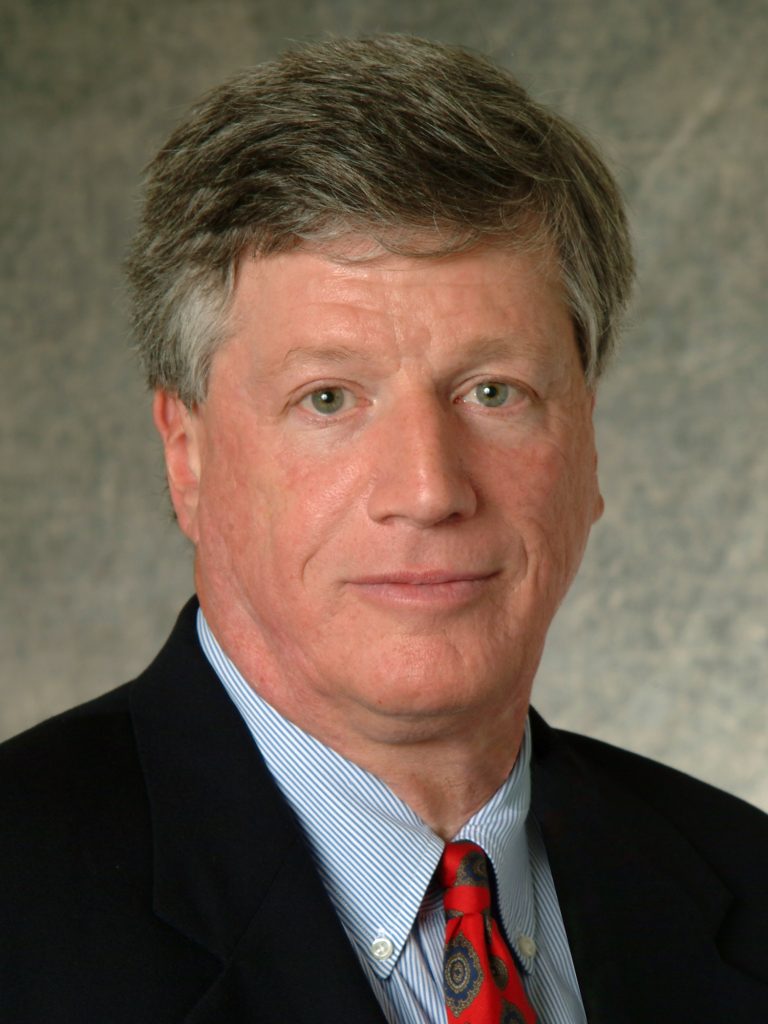 Father and daughter, David and Rachel Jacobson will be inducted into the 2021 Aksarben Court of Honor in the category of Arts. David was the former Chairman of Kutak Rock LLP, and the founding Chair of the Board for Film Streams. Rachel is the President for the nonprofit Heritage Services. She is Founder and served as Executive Director of Film Streams from 2005-2020.

David was an attorney at Kutak Rock for 41 years. Over half of those years he served the firm as its Chairman. During his tenure as Chair, Kutak Rock grew from 230 lawyers in nine cities to more than 500 lawyers in 18 cities. He was also known to be a champion for diversity and inclusion. Under his leadership the firm earned a perfect score on the Human Rights Campaign’s Corporate Equality Index. The firm was consistently recognized as a “Ceiling Smasher” for women, with the second highest percentage of women equity partners in the country for law firms with over 300 lawyers. David graduated from the University of Nebraska College of Law and was an attorney for Legal Aid prior to joining Kutak Rock. David passed away on July 4, 2018.

David was passionate about community service. He served on the board of directors of Partnership 4 Kids for 20 years and was also a member of numerous other boards and committees. He served on the Nebraska Coalition for Lifesaving Cures, the African American Achievement Council, and the UNO College of Community Service. Along with his wife Nancy, David was the Co-Founder and a Member of the Omaha Black/Jewish dialogue. David was also integral in creating the Omaha Central High School Foundation. He was inducted into the Omaha Central Hall of Fame in 2014.

David and his wife Nancy have four children: Rachel (spouse Stephen), Sara, Ben (spouse Natalie) and Justin. Sara was an Omaha Symphony Ball Debutante in 1998 and Rachel, an Aksarben Princess in 1999. Justin was an Omaha Symphony Ball Escort in 2007 and Ben, an Aksarben Escort in 2003. Nancy, a lifelong child advocate, was elected to the Learning Community Council and served 10 years on the Council. She has also served on the Boys and Girls Club Board of Directors as well as Completely Kids Board of Directors. Currently, she serves on the Learning Community Foundation Board and the Anti-Defamation League Board.

David’s legacy of community service lives through his daughter Rachel, who founded and was the first Executive Director of Film Streams. Founded in 2005, Film Streams is a nonprofit arts organization dedicated to enhancing the cultural environment of the Metro Omaha area through the presentation and discussion of film as an art form. Under Rachel’s guidance, Film Streams opened the Ruth Sokolof Theater in 2007, and more recently the renovated Dundee Theater. Since its beginning Film Streams has presented hundreds of first-run American independent, international and documentary films along with more than 1,000 classics through its repertory program. Film Streams has staged over 200 collaborative screenings with fellow nonprofits and community groups and provides a Daytime Education Program of film education-based field trip that before the pandemic served thousands of local students annually.

In addition to her work with Film Streams, and now Heritage Services, Rachel serves on the Board of Directors for the Boys and Girls Club of the Midlands and is a Trustee for the Creighton University Business Ethics Alliance. She also remains involved with Film Streams and continues to serve on the Film Streams Board. Rachel formerly served on the boards of the Nebraska Cultural Endowment, Nebraskans for the Arts, the Opera Omaha Advisory Board, the Omaha Chamber’s Young Professional Council, City of Omaha’s Urban Design Review Board and the Omaha Central Alumni Association. She was also a founding board member for Omaha Girls Rock. Rachel is a graduate of the University of Illinois, Urbana/Champaign.

Rachel is married to Stephen Osberg. Rachel and Stephen have daughters Cleo (6) and Ri (3). Nancy and David are also grandparents to Zoii (18) and Zane (8), who are the children of Ben and Natalie.