Congratulations to Dawn and Sid Dinsdale, Aksarben’s Most Honored Citizens! 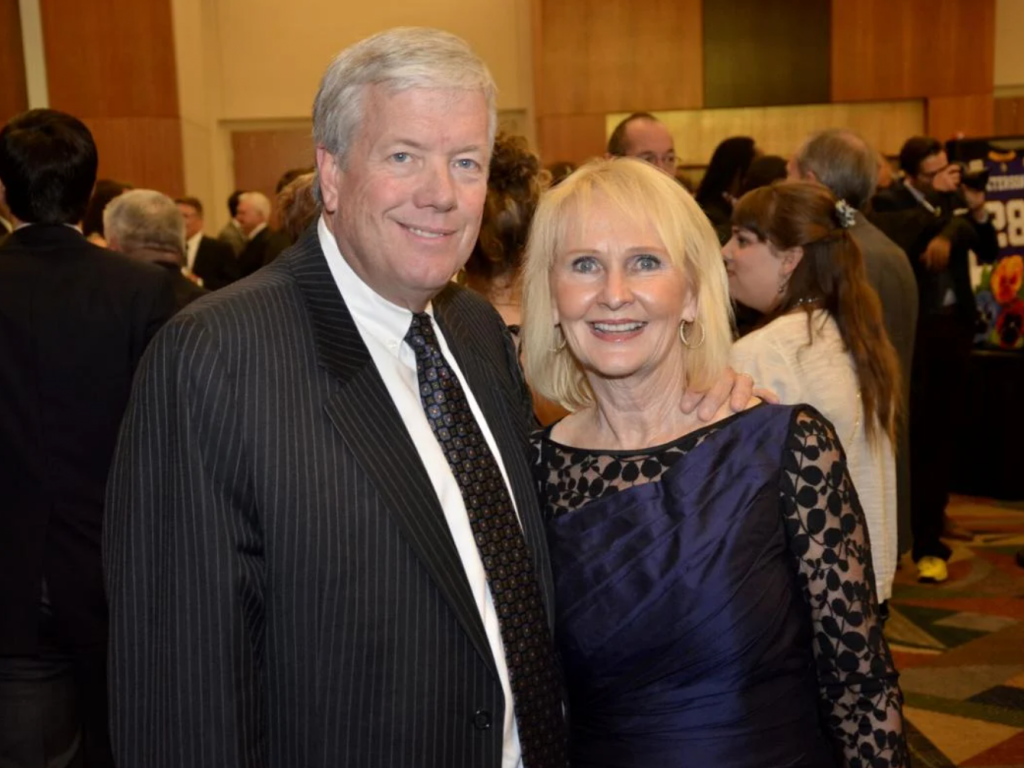 Nearly 1,750 people of all ages gathered together at the CHI Health Center in downtown Omaha Saturday night for the annual Aksarben Ball celebration. This year, Aksarben cast it’s Spotlight on the Heartland honoring Nebraska families and individuals for their volunteerism, community service, and philanthropy; a tradition 127-years strong.

The spotlight also shone brightly on the importance of education and training the next generation of Nebraska talent for jobs of the future. A staple initiative of the Foundation, Aksarben has proudly awarded scholarships to Nebraska and western Iowa students for over seventy years.

Each of the 200 scholarships Aksarben awards annually helps a determined student attend the Nebraska college or university of his or her choice; a strategy tailored to help retain these students’ post-graduation and expand the state’s workforce.

The Aksarben Ball is the headlining event of the Aksarben Foundation and raises funds necessary for the Aksarben Scholarship Program. It is also a night to celebrate all that Aksarben does around the state.

“Aksarben is all of us,” said Aksarben President, Sandra Reding, at Saturday’s event. “This celebration – the Princesses, Escorts, Standard Bearers, and Pages – each person to cross the stage tonight represents an individual or family who frequently works to better the communities, the businesses, and the Heartland. It is because of your vision and action that living in Nebraska truly is ‘The Good Life’.

The night concluded with the reveal of the night’s highest honor, Aksarben’s Most Honored Citizens for 2022, Dawn and Sid Dinsdale.

Born in South Dakota, Dawn’s family relocated to Ralston, Nebraska when she was very young and that is where she spent her formative years before heading off to the University of Nebraska.

Sid was born in Grand Island and raised in Palmer, Nebraska where he worked in the family feedlots, hay and corn fields. After attending Hastings College for two years, he too made his way to the University of Nebraska in Lincoln.

The couple met on a blind date while at the University, but neither was the other’s date. They were seated next to each other and have been together since.

Dawn graduated with a Bachelor of Science in Speech Pathology and Audiology, and immediately earned a Master’s in Audiology from UNL. Sid graduated from the University with a Bachelor’s in Finance. They married in 1976.

Dawn is known as a Champion of Giving, an inveterate volunteer. She was named Woman of the Year by the Arthritis Foundation in 2015 and has served in various ways for Assure Women, Completely Kids, Children’s Respite Care Center, Habitat for Humanity, Lauritzen Gardens, Quality Living, Grace University, Special Olympics, Youth for Christ, and Nebraska Children’s Home.

Sid is a member of the Omaha Business Hall of Fame. He has served on the boards of the University of Nebraska Foundation, Bellevue University, Methodist Health System, Ameritas Life Insurance Corporation, Omaha Children’s Hospital, the Platte Institute, and Midland’s Community Hospital.

The couple are good will ambassadors for the Midwest. They are justly proud of their ancestral heritage as well as the steady progress and development the region has enjoyed. As an employer, he honors a community banking model with locations in eight states. In Nebraska, Pinnacle Bank is in 34 communities and has 79 locations. Pinnacle Bank associates proudly do what is best for their customers and communities, supporting local efforts in education, charities, hospitals, sporting arenas, Universities, Colleges, and the Military.

Both Dawn and Sid have a distinguished history with Aksarben. Sid became an Aksarben Councillor in 2005, and a Governor of the Board in 2014. Dawn served on the Women’s Ball Committee as Chair in 2006 and Advisor in 2007 and was a proud member of Aksarben Friends.