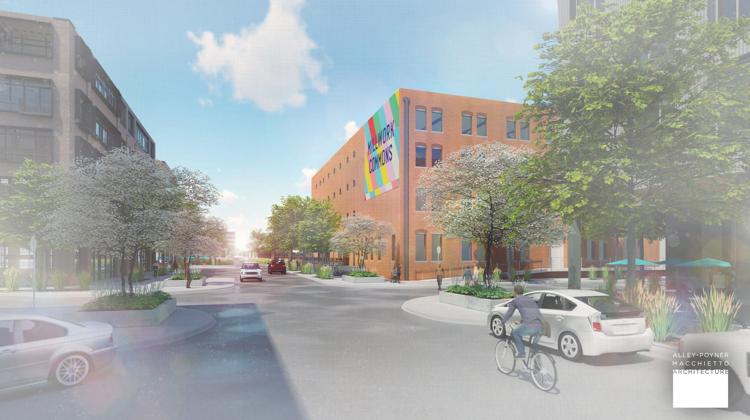 What sort of workforce recruitment tips does a packed Omaha business conference get from a panel representing both old-school “legacy” companies and techie “unicorn” entrepreneurs?

State business and education leaders have said the state has a ”workforce crisis.” Companies, they say, struggle to find enough employees and some are forced to fill jobs outside of Nebraska.

In leading the “legacies and unicorns” panel, Dee Baird, of the Greater Omaha Chamber of Commerce, said business leaders are devising a strategy to bring 10,000 new technology workers to the market within five years.

The chamber’s senior vice president for economic development sought others’ thoughts on how to meet that goal.

Panelists agreed that landmark real estate projects — such as the just-launched north downtown Millwork Commons and a $290 million revamp of the Gene Leahy Mall area — should go far in attracting and keeping young talent.

“You have to have something that gives a vibe,” said Mindy Simon of Conagra Brands. Her employer also is working with a Houston developer on a separate $500 million multiphase plan to revive idle parts of its riverfront campus.

Dan Houghton, co-founder of Buildertrend, said Omaha could use a reset of its image.

He suggested that when appealing to potential workers, Omaha should put greater emphasis on the area’s cool music and restaurant scenes, and not only on iconic figures such as Berkshire Hathaway’s Warren Buffett and Omaha Steaks.

Dusty Davidson of Flywheel, another locally born, fast-expanding technology company, said he will continue to “beat the drum” for creating innovation neighborhoods where startups and creative companies can thrive together and attract other like-minded businesses.

He said Omaha took a big step in the new Millwork Commons. Developer Paul Smith, and Flywheel as the first major tenant, are behind that fledgling warehouse area. Flywheel’s new home currently is under renovation there.

“It’s a bigger issue than a building, and it’s bigger than a tenant improvement,” Davidson said. He said it’s a neighborhood for like-minded businesses to “plant a really big flag.”

Conagra’s Simon also stressed diversity and inclusion of women and minority groups, and said that board rooms and company leadership should reflect the community demographics.

(Baird told the group that by 2035, half of Omaha is projected to be non-Caucasian.)

Simon said Conagra has increased its Omaha workforce to more than 1,300, up from about 1,200, which was what remained after the food conglomerate moved its corporate flag from Omaha to Chicago in 2016.