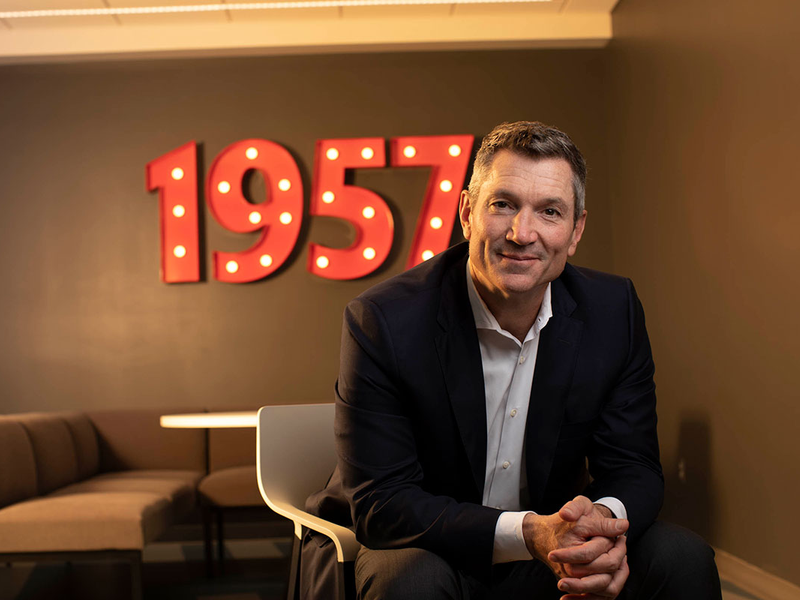 The late Talton “Tal” Anderson, a longtime automotive dealership executive, believed everybody should have equal opportunity to education, including access to private options. He believed this even as he attended public schools growing up, said his son Mickey Anderson, Baxter Auto Group president and CEO.

“When it comes to education, my father passionately believed that your family’s economic circumstances should in no way correlate to access to quality education,” Mickey said. “My father believed that public schools are one of the greatest offerings of our country. But sometimes a family will prefer a private option for a variety of reasons. He felt they should be free to choose that and not separated from that option simply because of economics.”

In 1999, Tal and a group of local donors matched a $1 million challenge grant from Children’s Scholarship Fund of New York, giving rise to Children’s Scholarship Fund of Omaha that same year. Despite his relative lack of experience in fundraising, Tal agreed to serve as co-chair for the founding campaign. Not only did he play a significant role in getting the local nonprofit off the ground, he served on the organization’s board for several years. He also committed personal funds and began a tradition of Baxter Auto Group supporting CSF that continues to the present.

“If Tal hadn’t taken that challenge that New York presented years ago, none of this would have happened,” Children’s Scholarship Fund of Omaha Executive Director Joel Long said. “We can’t thank Baxter and the Anderson family enough for their loyal and generous support for 23 years. And we look forward to growing the program in the future with their help.”

“We at Baxter still try to live and abide by the values and vision of our founder, Tal Anderson. It was his belief that a community benefits by having strong educational opportunities and an educated populace,” Mickey said. “It’s really my father’s guiding vision that continues to, in many ways, determine where we make the investments when we’re able to.”

After Tal retired from the CSF board, his son succeeded him and served for 11 years. Even after Tal’s death in 2009, members of the Anderson family have continued to provide personal donations to CSF, and the organization counts on Baxter Auto Group to be a high-level sponsor of CSF’s CHANCE annual fundraising luncheon.

Children’s Scholarship Fund provides approximately 1,500 partial-tuition scholarships for children from low-income families to access private K-8 education. Recipient families can choose from around 80 partner schools across the Omaha metro area and northeast Nebraska. In the 2021-2022 school year, CSF provided scholarships totaling nearly $2.3 million, and has awarded around $35 million total since its inception.

“Kids need [CSF] today as much as they did 23 years ago. We are the only organization in the state that’s a K-8 scholarship organization that provides this opportunity,” Long said. “We level the playing ground for all families to make the educational choice that best fits them.”

“My father felt that what people really need, oftentimes, is a ‘hand up’ rather than a handout,” Mickey said. “He felt very strongly that the most important thing that we could provide anybody was a quality education.”