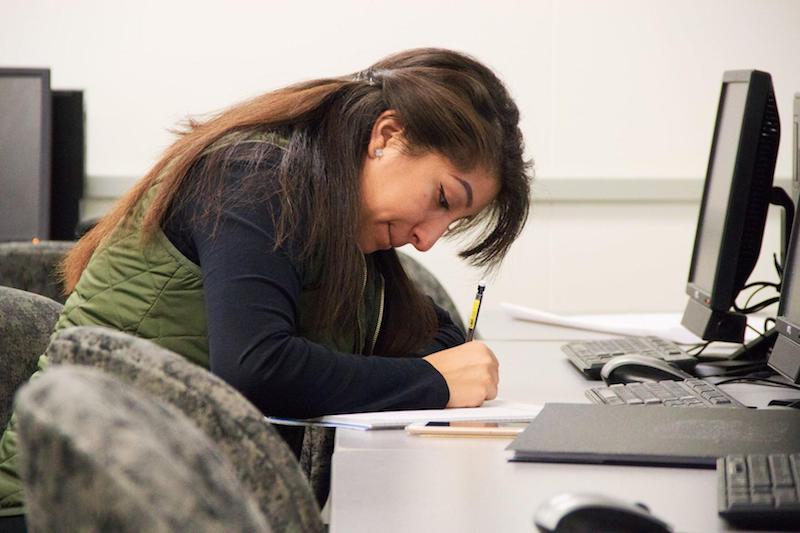 The Aksarben Foundation, a longtime supporter of Nebraska education through scholarships, is committing its leadership network and fundraising prowess to a new long-range cause: stimulating the state’s lagging workforce.

The new statewide initiative, a centerpiece of Saturday evening’s annual Aksarben Ball at Omaha’s CHI Health Center, has an initial goal of doubling the number of people who earn career certification and two-year associate degrees, in addition to increasing the number of four-year graduates and attracting young adults from outside the state.

One immediate concept is a scholarship program for all the state’s community colleges, said Terry Kroeger, chairman of Aksarben’s board of governors and former publisher of The World-Herald. “Anybody that wants to go to a community college, we’ll find a way to get them there.”

The complete path to a plentiful workforce, matched to the state’s needs, is still in the planning stage, but the 122-year-old charitable organization, which booked more than $4 million in revenue last year in support of its programs, is charting a future dedicated to workforce development.

One portion of the effort is a $500,000 grant, part of which will go to each of the six Nebraska community colleges, and western Iowa’s Iowa Western. The grant is a “challenge” grant that asks the colleges to also raise money to support workforce development programs.

For the 2019-20 academic year, Aksarben will award 100 two-year scholarships valued at $4,000 each toward students’ associate degrees or program certifications.

Meanwhile, Aksarben is making a change to its four-year scholarship program, the Aksarben/Horatio Alger scholarships: Beginning in the 2019-20 academic year, the scholarships will increase to $10,000 per academic year from $6,000. The scholarships, for which students from Nebraska and western Iowa are eligible to apply, now will be restricted to being used only at Nebraska colleges and universities.

“We know that a student is much more likely to stay in Nebraska to live and work if he or she goes to college in Nebraska,” said Sandra Reding, Aksarben’s president.

Although Aksarben’s scholarship program and some other efforts have continued for decades, its horse racing track and Omaha entertainment shows are long gone.

“Aksarben has reinvented itself a number of times throughout its history,” Kroeger said. “It has always gone to where there’s a need or a problem or an issue and worked on ways to solve it.”

The latest problem is the state’s lack of workforce growth, which stunts economic progress and leaves employers with too few qualified workers for jobs they want to create, he said.

The project was a central theme at the annual ball, along with naming Mogens Bay and his wife, Cindy, as Aksarben’s “citizens of the year” to recognize their contributions to the state.

The foundation this year ended its tradition of naming an older man as king and a college-aged woman as queen, to honor her family, instead recognizing the Bays as a couple along with others from across the state for their community service.

[Read more: At Aksarben Ball, Mogens and Cindy Bay are named Citizens of the Year]

Mogens Bay is chairman and recently retired chief executive of Valmont Industries. Besides Aksarben, the Bays have been active in many Omaha civic groups, including Boys and Girls Clubs, Lauritzen Gardens, the Women’s Fund of Omaha, the Omaha Symphony and the Arthritis Foundation. Their daughter, Sarah, was queen of Aksarben in 1998.

Bay, who retired from the Aksarben board 15 years ago, said the group has been searching for an identity.

“I think Aksarben needs a focus for the future that is really meaningful, and I can’t think of one that is more meaningful than this,” he said of the workforce-development initiative. “It’s a focus that the leadership of Aksarben can really get behind. If that generation (of Aksarben leaders) will really take this very seriously, they will do much good for the state.”

The workforce development project will be added onto Aksarben’s scholarship program and other activities, said Dana Bradford, vice chairman of Aksarben’s board of governors and chairman of the Greater Omaha Chamber of Commerce.

“This gets at some of the core challenges we have as a state and as a city,” Bradford said. “There is a huge gap between workforce supply and demand.”

About 66,000 are enrolled in the state’s community colleges, he said, with about 9,000 per year earning certificates or two-year degrees.

“We need to double that to meet workforce demand,” Bradford said. “We need new workers and jobs that pay higher and better wages. You don’t grow your economy on $25,000-a-year jobs. People can’t live on that.”

Gov. Pete Ricketts said he supported the public-private efforts of Aksarben. “Developing our people is one of the keys to helping connect more Nebraskans with great opportunities and growing our state,” he said.

To that end, Reding, Aksarben’s president, visited every community college and several of their satellite campuses this summer, meeting with college presidents and often with gatherings of local community leaders. The non-Metro schools have facilities in 22 communities around the state. The list also includes the Omaha area’s Metropolitan Community College.

“The most important need throughout the state is a skilled workforce,” Reding said. “I think that’s exactly what Aksarben is focused on now, solving the problem and helping to make a positive impact on the state’s dire need for the workforce.”

Aksarben scholarships for four-year colleges have enhanced the workforce in the state for generations. Two years ago the foundation started a Career Promise Scholarship program, awarding 100 scholarships of $2,000 each to students to attend Metro in Omaha.

That will expand to 200 scholarships for the 2019-20 school year, Reding said. With local community support, similar Aksarben scholarships would support students at the other community colleges through the challenge program.

She said Aksarben leaders, especially businessman Michael Yanney, who is chairman emeritus of Omaha’s Burlington Capital, have been discussing workforce issues for the past few years to see what they could do.

“This is what business leaders do best: workforce development,” Reding said. “Exactly how it looks and exactly what each community will do, we don’t know. Right now the Aksarben governors and I are talking to different stakeholders about what’s needed.

The resulting actions may vary from college to college and community to community, she said.

Reding’s visits were a valuable way for the Aksarben governors to start the process, said Greg Adams, executive director of the Nebraska Community Colleges Association in Lincoln. “They clearly see the importance of the community colleges. They understand that we’re key to solving portions of this workforce issue that we have in Nebraska.”

The colleges have long cooperated with businesses on courses that qualify people for jobs, Adams said, adding that Aksarben’s statewide reach and the people involved offer “great potential.”

“We’re taking a great organization like Aksarben and showing them a better idea of what community colleges are doing across the state,” Adams said. “This is kind of an initiative that really takes on a statewide focus. That’s good for the organization and good for us, to have somebody like Aksarben waving our flag. That’s important for us.

“It’s a good thing, however it turns out.”

Kroeger, Aksarben’s chairman, said the group’s statewide network of leaders and well-known brand “is uniquely positioned to connect with business and education interests across the state.”

“We’re going to have to activate the communities around the other colleges,” he said, as making students in high school and junior high school aware of all their options for postsecondary schooling and careers.

“We have to develop the workforce is all of those areas,” he said, “improve on that whole spectrum.”