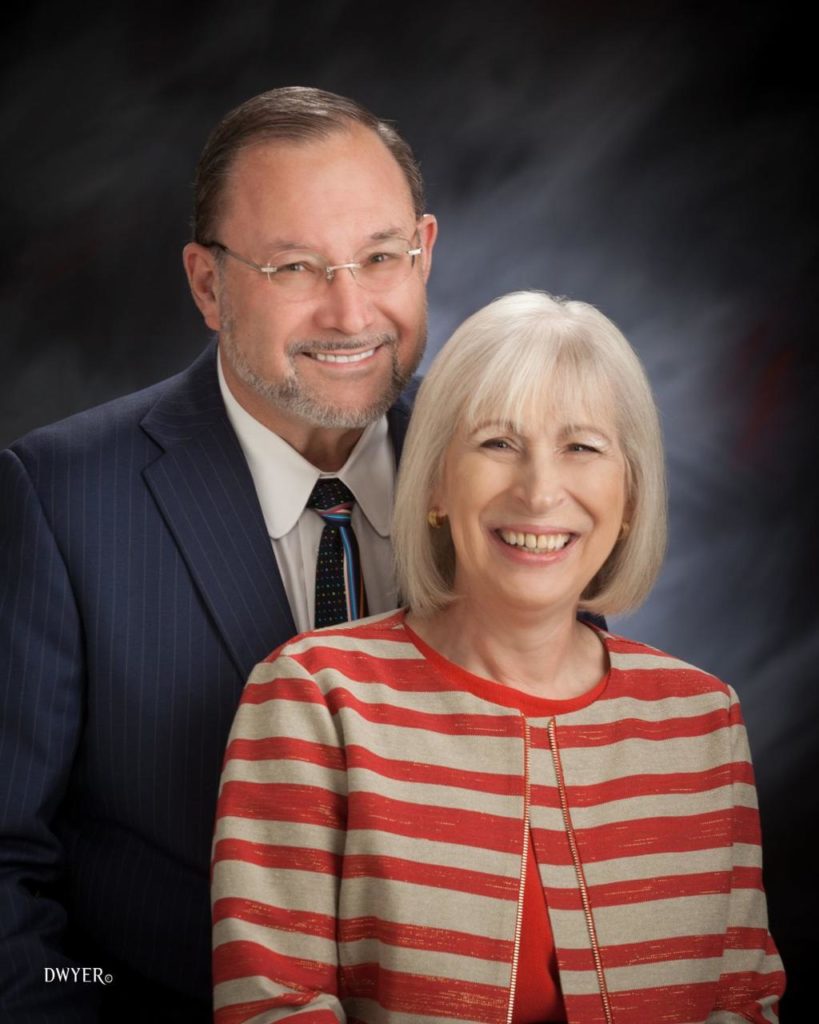 Amy Haddad and Steven Martin live by the credo that those who are given a lot owe a great deal in return.

The married couple have had their share of blessings — brains, challenging careers, each other and a community they love.

Life is a great equalizer, though, and they have seen hardships as well. Haddad has faced breast cancer more than once. Martin spent about a month in a local physical rehabilitation facility in 2015 after suffering a severe head injury.

They have served on boards and volunteered for many organizations and events. Haddad is a member of the United Way of the Midlands Tocqueville Women’s Initiative; sits on the boards of the Nebraska Cultural Endowment and the Nebraska Arts Council; and has served on the boards of Marian High School, Midlands Council of Girl Scouts, Women’s Fund of Greater Omaha and the area chapter of the Alzheimer’s Association.

Martin has served in roles with the Salvation Army, United Way of the Midlands, Durham Museum, Greater Omaha Chamber of Commerce, TeamMates Mentoring and the University of Nebraska Foundation.

They never had kids, they said, which made it easier to serve community efforts and organizations.

“We’re just good friends of different organizations,” Haddad said. Martin said he and his wife have “had the tendency to first say ‘yes’ ” to invitations to serve.

Haddad said Omaha’s and Nebraska’s comparatively small populations make it easier for community members to offer up their services.

“There’s just no end of opportunities to make a difference,” she said.

They said Omahans tend to have a strong sense of teamwork.

“There’s something in the water here,” Martin said. “It’s a special place.”

The focus of the Aksarben Ball, going back to the late 1800s, has been on community service and philanthropy, said Beth Wilson, chairwoman of the Aksarben Women’s Ball Committee.

Last year the honored couple were Mogens and Cindy Bay. Mogens Bay is the retired CEO of Valmont Industries, and Cindy Bay is a former teacher.

Saturday night’s ball was the 123rd. The annual celebration is a key fundraiser for the Aksarben Foundation, which provides more than $1 million a year for college scholarships.

Martin grew up in the town of Horton, Kansas, and played offensive line for the Washburn University football team while he studied nursing. Haddad is a native Omahan whose father, Eddy, led an orchestra and eventually managed rock ’n’ roll bands. She received a nursing degree from Creighton, a master’s degree at the NU Medical Center and a doctorate at the University of Nebraska-Lincoln.

Martin has a master’s degree in gerontology — the study of aging — from the University of Nebraska at Omaha.

They met at a health care conference in Wichita and one of their first dates took place at an Aksarben Coronation Ball, where Eddy Haddad directed the music.

They conducted a long-distance relationship between Kansas and Nebraska for a while. “I had to get a lesser apartment because my phone bill was $400 a month,” Martin said. “Long-distance phone calls in the ’80s were expensive.” They married in 1984.

Haddad has endured three bouts with breast cancer and undergone chemotherapy, surgery and other treatments. She finds the “war metaphors” of bravery and marching ahead in the fight against cancer to be somewhat trite.

“I wasn’t stoic at all,” she said. “But I never missed a day of teaching the whole time I was on chemo.”

Martin smacked his head on an open cabinet door four years ago. What seemed to be a typical head bump led to bleeding on the brain, seizures and partial paralysis.

He spent a month at the QLI physical rehabilitation facility in Omaha and recovered without needing surgery. Haddad said that on his first morning at QLI, Martin ignored nurses’ orders and shakily carried himself to the bathroom for a shave and shower. This surprised — and irritated — facility personnel as well as his wife.

You have to test your limits, Martin said during an interview.

“That’s you,” Haddad said. “That’s not everybody.”

Martin returned to work about six weeks after the injury. He started working out regularly and went on a low-carb diet. He said he lost about 60 pounds of dead weight, added 20 pounds of muscle and reversed his Type 2 diabetes.

So Martin figures he came out of that dark episode better than he was before. “I was lucky,” he said.

Haddad has written poetry for many years and in 2017 started a part online, part on-campus master’s program at Queens University in North Carolina. She earned her master of fine arts in creative writing from Queens early this year and writes poetry and prose just about every day.

She and her husband are a team, Haddad said. They discuss everything with each other.

The future is not predictable, Martin said. He said he and Haddad take life day by day, looking forward, living in reality and not in fear. The fact that Haddad has survived three encounters with cancer “does not mean that it won’t come back,” he said.

They seek more challenges and opportunities.

The Most Honored Citizens of Aksarben have restless spirits, and there’s more to do.