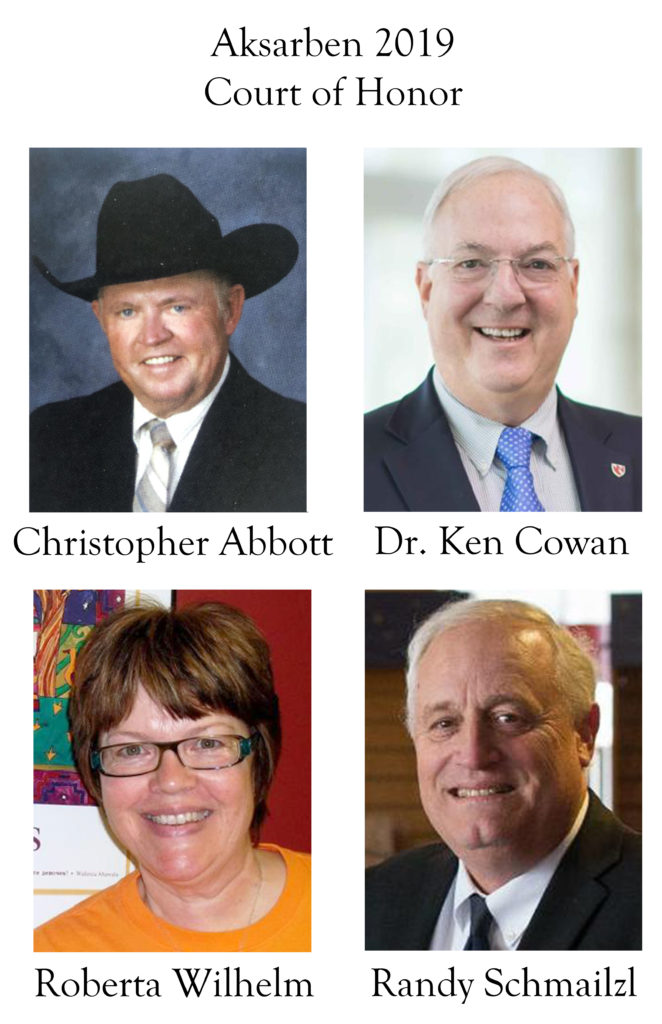 Aksarben will induct four Nebraskans into its Court of Honor at this year’s ball.

They are being honored for their contributions in the categories of agriculture, the professions, education and service to youths.

» Christopher Abbott: Abbott is a fifth-generation Sand Hills rancher with Abbott Cattle Co. Abbott has served on the Nebraska Beef Council board of directors and was the founding president of the Independent Cattlemen of Nebraska. ICON has become a voice for the independent producer on both the state and national levels.

» Dr. Ken Cowan: He is the director of the Fred & Pamela Buffett Cancer Center and the Eppley Institute for Research in Cancer at the University of Nebraska Medical Center. Cowan has spearheaded the ascent of UNMC/Nebraska Medicine into an international leader in cancer care and research.

» Randy Schmailzl: Schmailzl has been the president of Metropolitan Community College since 2009. He has worked in the field of education for more than 43 years, with the last 30 of those at Metro.

» Roberta Wilhelm: Wilhelm has been the executive director of Girls Inc. Omaha since 2003. Under her leadership, Girls Inc. has expanded to include a $15 million addition at the Girls Inc. north center.

The Court of Honor is one of Aksarben’s oldest and most prestigious awards. Since 1895, Aksarben has been honoring individuals who have excelled in one of the following categories: agriculture, arts, business and industry, community service, education, philanthropy, professions, public service, sports or service to youths.

“Aksarben’s Court of Honor recognition provides an opportunity to shine a light on exceptional volunteer efforts within our communities,” said Beth Wilson, Women’s Ball Committee chairman. “This year’s inductees represent some of the heartland’s masterpieces as each has spent years working tirelessly toward the betterment of our region.”

The contributions of this year’s honorees will be celebrated at the 123rd Aksarben Ball Oct. 19 at CHI Health Center. This year’s Aksarben Ball will celebrate the Masterpieces of the Heartland by spotlighting Nebraska’s vibrant masterpieces through art, literature and Nebraska’s own landscape while paying homage to Aksarben’s history and leadership.